Central banks of major economies like the US, UK and Japan turned to quantitative easing (QE) at a time where they were unable to push interest rates any lower. The European Central Bank (ECB) launched its first large scale of asset purchases in 2015 and was among the latest central bank to join the QE bandwagon.

The ECB adopted the QE program to address the risks of a prolonged period of low inflation and help the Eurozone to return to the desired inflation level. 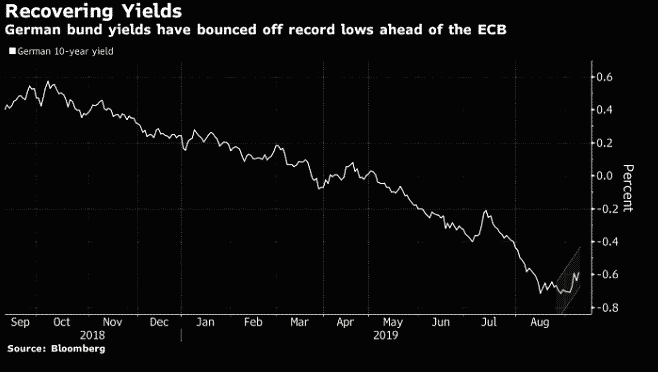 The QE, also known as the Asset Purchase Program (APP), consists of:

On 13 December 2018, the ECB decided to end the net purchases under the APP and announced that it would keep reinvesting cash from maturing bonds for a long time after its first interest rate hike.

As the economic sentiment in the eurozone is worsening rapidly, investors are expecting the central bank to announce a robust stimulus package at its next meeting on Thursday:

However, we saw divergent opinions on whether the central bank should resume asset purchases.

An interest rate policy by itself might not be enough, as cutting rates that are already negative will bring little help to the markets. If the central bank resume bond purchases, it could boost monetary and financing conditions. However, we are seeing divergent opinions on whether the central bank should resume asset purchases.

QE2 – The Second Round of Quantitative Easing

In the height of the eurozone crisis from 2011-2014, such policies were probably justified. The current weakness in the euro- area might not be weak enough to warrant such a step, and there is now much skepticism on recommencing such non-standard and controversial monetary policies. The ECB policymakers have also dampened expectations of the resumption of bond purchases lately.

Market participants were initially expecting Mario Draghi to end its term with a significant package of monetary stimulus before Christine Lagarde takes over.

It was are largely priced-in and now that the expectations eased ahead of the meeting, we are seeing European bond yields bouncing off record lows.

Money markets and the foreign exchange markets are still expecting a traditional monetary policy intervention – at least a 10-basis point rate cut. The Euro received a boost on Monday on hopes of German fiscal stimulus, though some expectations of monetary easing have limited the gains. 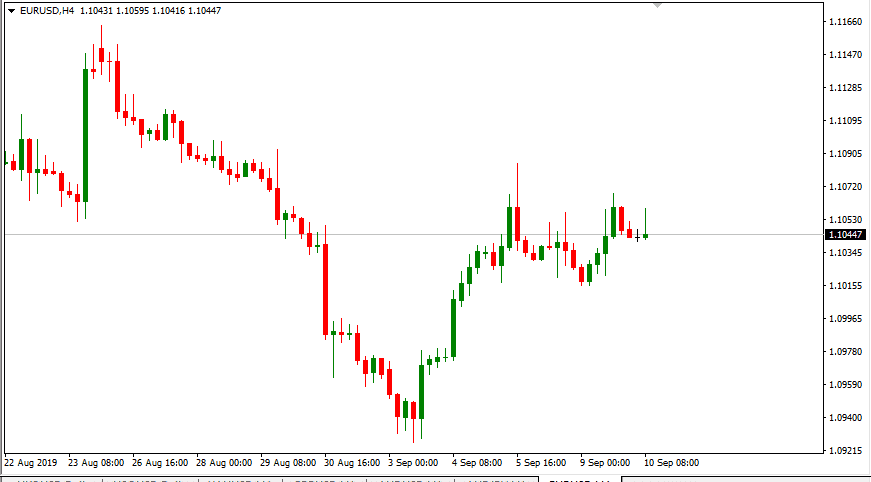 If the central bank failed to satisfy dovish expectations already instilled in the markets, the shared currency may get a boost. The EURUSD pair may be trading sideways around the 1.10 level ahead of the ECB meeting on Thursday.

The pair could pick up a strong bid if the central bank falls short of expectations.

Next: Fed in Focus – US Repo and Funds Rate
Previous: All Eyes on Jackson Hole Economic Symposium