The Reserve bank of Australia (RBA) cut interest rate by 25 basis points which marks the first back-to-back rate cut since 2012. The RBA also sets the interest rate to a record low at 1%:

“Today’s decision to lower the cash rate will help make further inroads into the spare capacity in the economy. It will assist with faster progress in reducing unemployment and achieve more assured progress towards the inflation target. The Board will continue to monitor developments in the labour market closely and adjust monetary policy if needed to support sustainable growth in the economy and the achievement of the inflation target over time.”

The RBA highlighted the persistent downside risks to the global economy, but the tweaks in the labour market stood out.

“There has, however, been little inroad into the spare capacity in the labour market recently, with the unemployment rate having risen slightly to 5.2 per cent.”

It is a significant rebound, and the bounce back is before the rate cuts which indicated that it may be fueled by the optimism post the federal election. 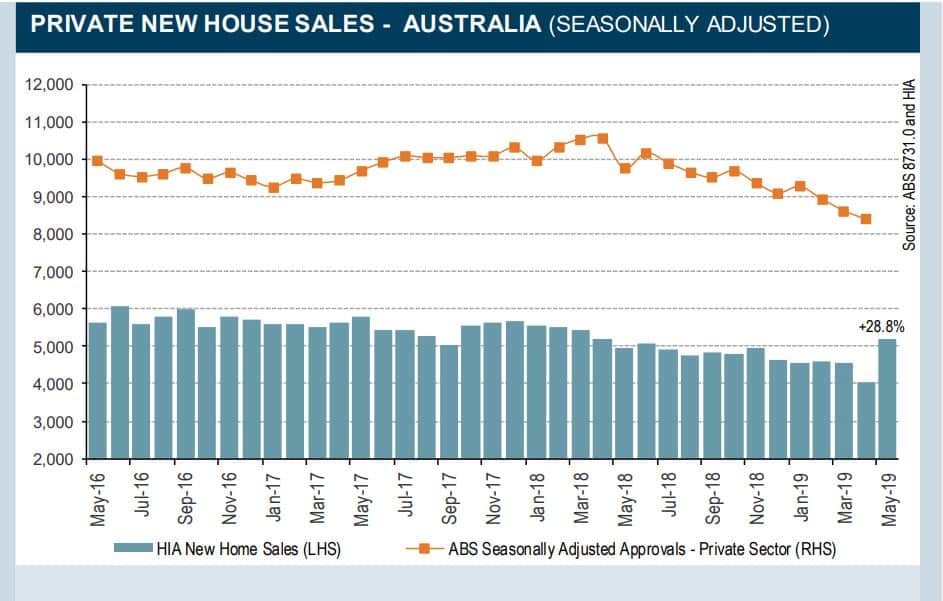 Now, that the RBA has cut rate twice in two months, it will be worth monitoring the housing data in the coming months to assess its impact on the housing sector.

The Australian share market had a solid day ahead of the RBA cut to finish only slightly higher. The financial sector came under pressure and the big four bank shares sold-off in late trade. CBA, NAB, ANZ and Westpac finished the day lower by more than 1%. 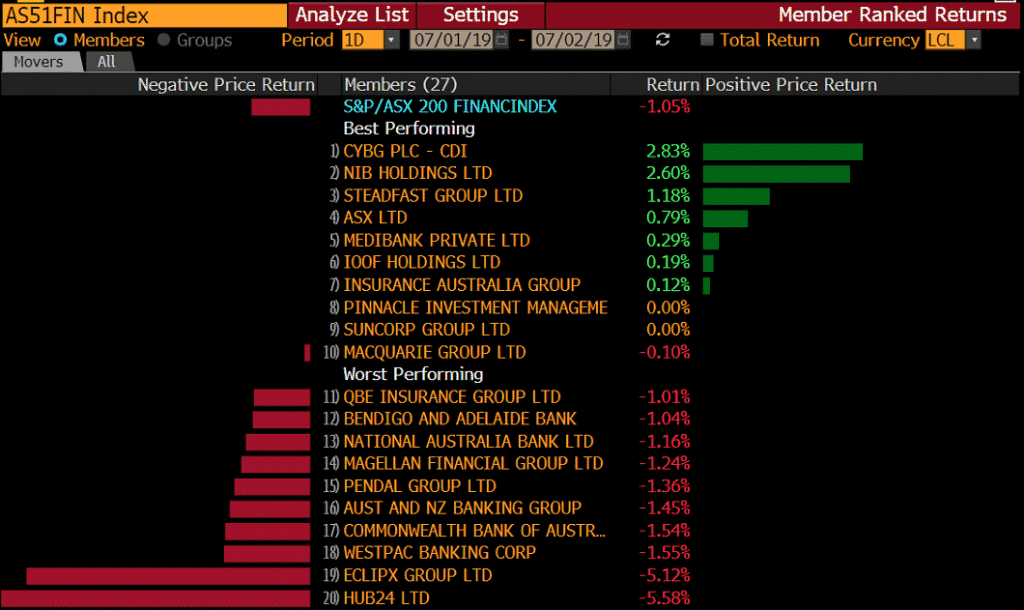 As of writing, ANZ was the first bank to pass on the full RBA interest rate cut.

The Aussie dollar was actually firmer at 69.80 US cents as the rate cut was mostly priced-in. The housing data supported the local currency. 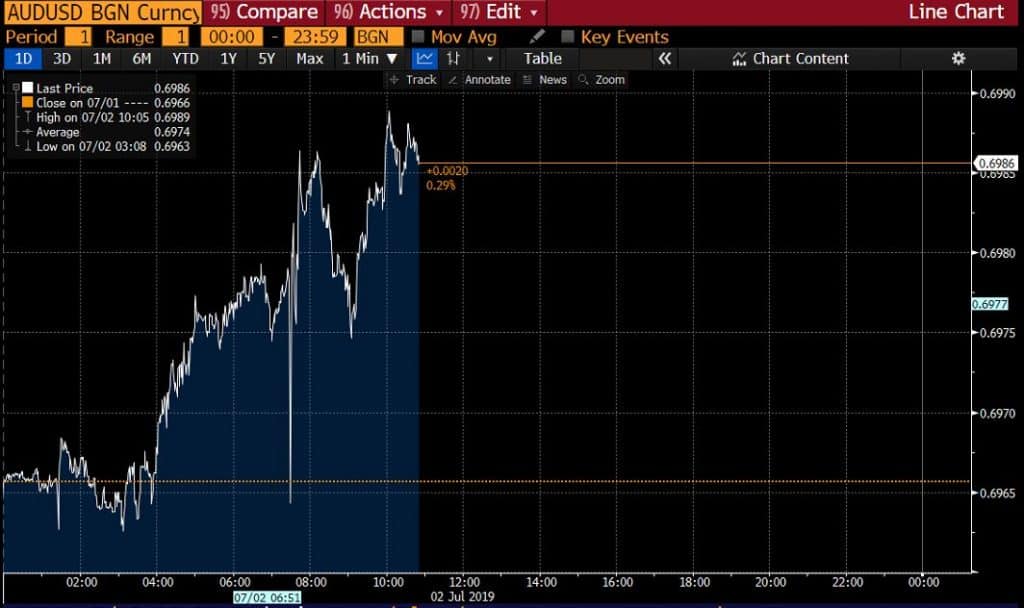