Did China Retaliate with a Currency War?

Did China retaliate with a Currency War?

Monday kicked-off with a bang with plenty of big moves in the financial markets. A risk-off sentiment prevails in the markets as dark clouds of trade tariffs resurfaced and are overshadowing the markets. Investors are awaiting for China to retaliate.

However, the significant fall in the Chinese Yuan might already be “the” signal that Beijing has used its currency for retaliation.

The Chinese Yuan fell below a symbolic level of 7 to the US dollar for the first time in more than a decade after The People’s Bank of China sets Yuan reference rate at 6.9225 – the lowest level in 2019. The central bank blames the tumble in the Yuan on the escalating trade tensions but tried to downplay the 7.00 psychological level. 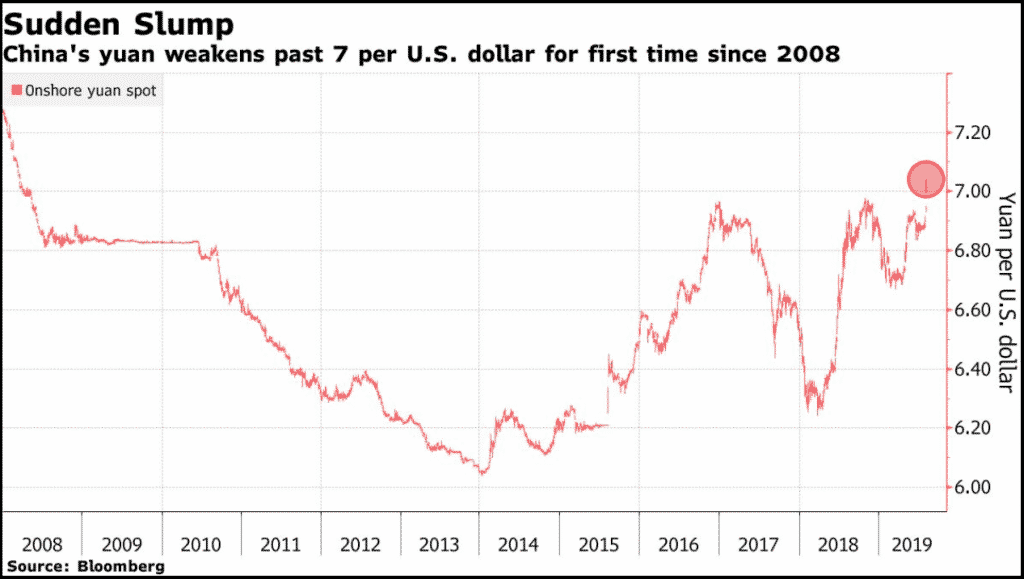 The weaker Yuan created havoc in the markets as investors turned risk-off on fears that a currency war has ramped up. The move has pulled other Asian currencies down to the exception of the Japanese Yen, which is bolstering higher on haven flows.

The Aussie dollar was also weaker against the US dollar and dropped to 7-months low at 67.48 US cents during the Asian trading hours. 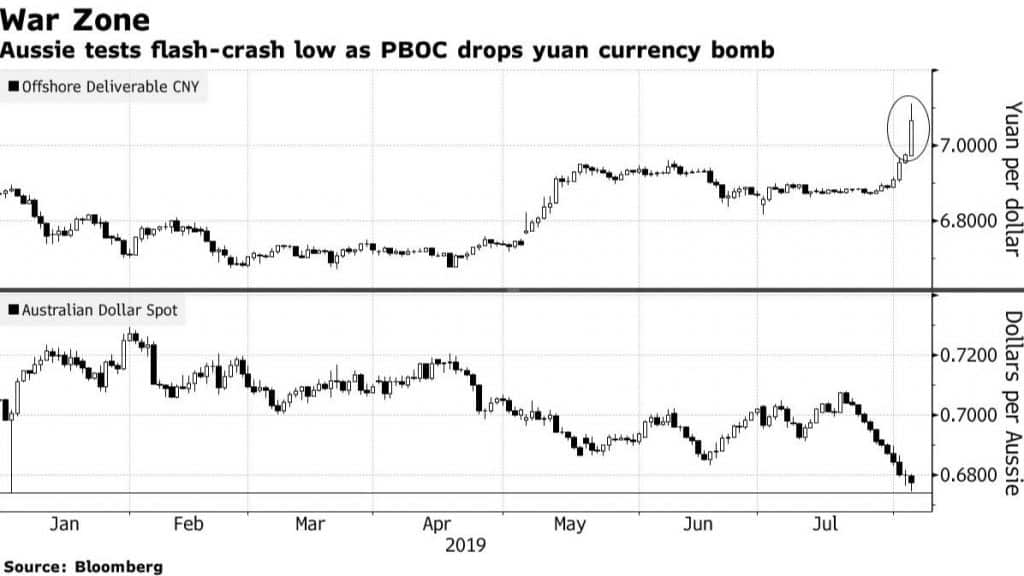 In the stock market, Asian shares were in a sea of red. The sell-off was exacerbated when Bloomberg reported that China had asked state purchasers to halt imports of American agricultural products. 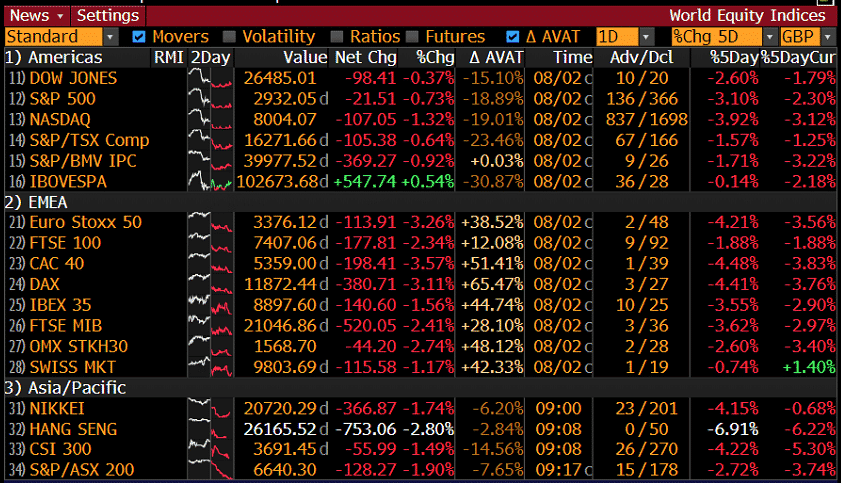 Attention is now on President Trump’s reaction to the Yuan’s slide. European and US futures tumbled, and the markets are poised to a negative open. 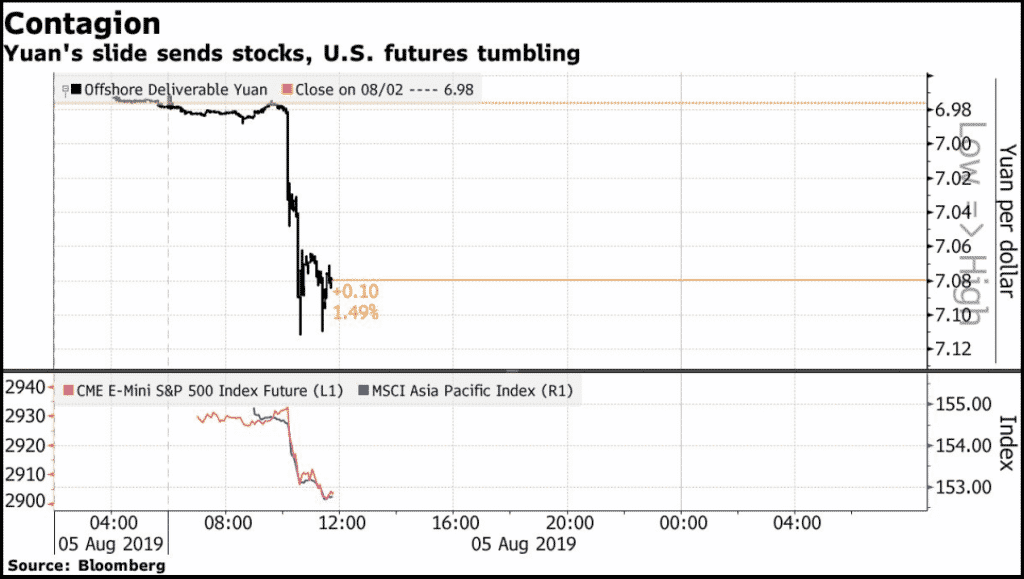 Next: Is Germany on the Brink of a Technical Recession?
Previous: New UK Prime Minister Labelled “Britain Trump”