This year’s Annual Dinner of the Australian Business Economists was probably the most important event before the year ends. In a year that saw the RBA cutting interest rates three times, the speech around “Unconventional Monetary Policy: Some Lessons From Overseas” fueled speculations that the RBA is to tap into the unchartered territory of unconventional monetary policy:

What is Quantitative Easing (QE)?

QE is a process of creating new money which involves a central bank to buy mortgage-backed securities and Treasuries from its member banks to inject liquidity directly into its economy. There is no actual exchange of funds but the central bank issues a credit to the banks’ reserves as it buys the securities.

Therefore, QE increases the amount of money in the system and lowers interest rate. This particular method is usually used when inflation is very low or there is deflation, and conventional monetary policy has become ineffective.

RBA killed off the idea of QE in Australia

In reviewing the conditions from overseas that pushed major central banks to undertake QE, Governor Lowe outlines several observations why the current state of the economy will not require a QE intervention.

Above all, the Governor highlights that despite the weakness in the economy, the growth prospects, banking system, demographic profile and inflation level have not reached the same levels seen in Europe and Japan that have triggered QE.

The RBA sees QE becoming an option to be considered when the cash rate would be 0.25% and not before that. The Governor acknowledges that there are circumstances that QE will help but investors take note that the RBA is cautious with QE and it would only be used as a last resort if needed.

“…if – and it is important to emphasise the word if – the Reserve Bank were to undertake a program of quantitative easing, we would purchase government bonds, and we would do so in the secondary market.”

The RBA did not close the door to QE completely but has shrugged off the idea in the near term.

The local currency rose higher after the RBA hosed down the prospects of QE anytime soon. However, the momentum was shortlived as market participants now expect two more rate cuts in 2020. During the Asian session on Wednesday, the Aussie dollar underperformed against its counterparts especially after Westpac’s dovish RBA expectations for 2020. 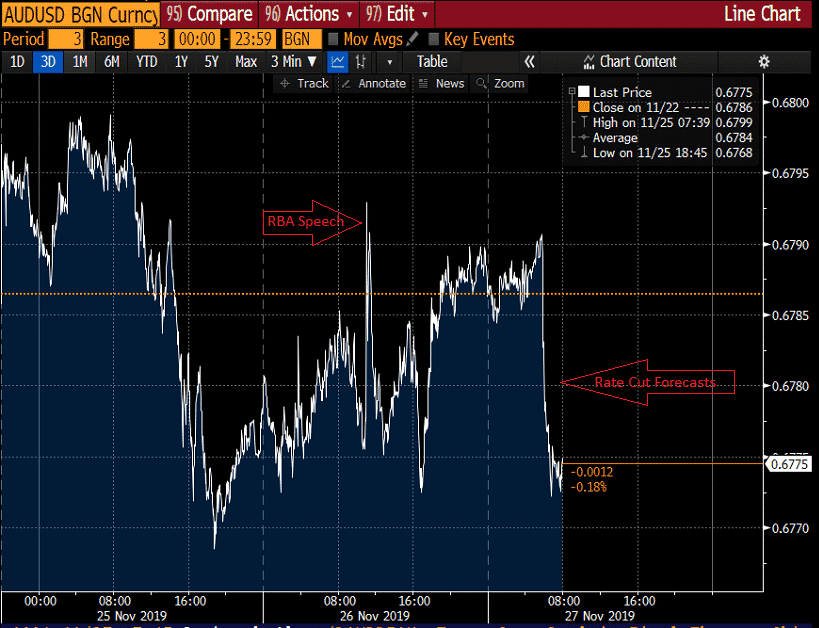 A combination of positive trade news and rate cut expectations have triggered a rally in the Australian share market. The ASX200 was up by 6.9% and closed at a record high of 6,851 on Wednesday. 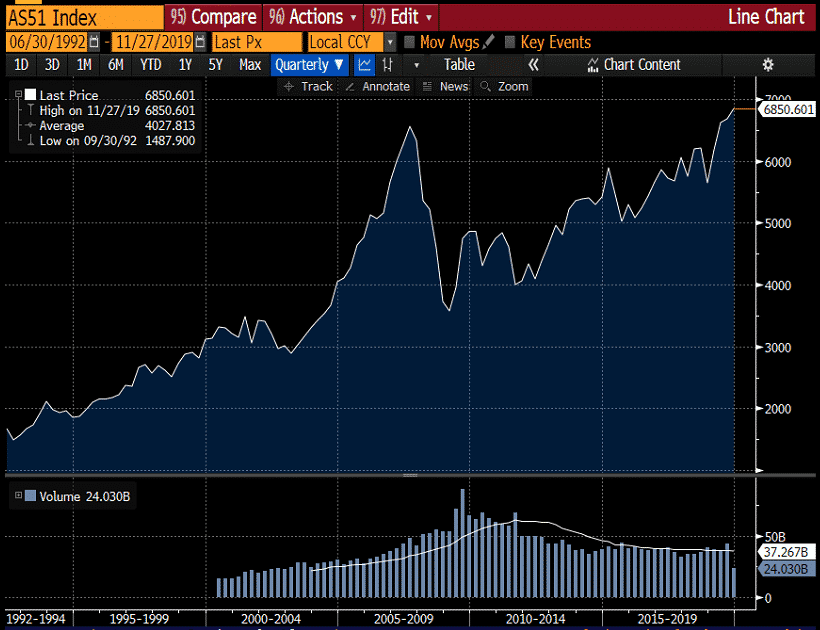 On Thursday, the rally has tamed down as President Trump signed the Human Rights and Democracy Act into law which could potentially strain the trade negotiations. However, the ASX200 held onto gains despite trade risks and weak business investment data to close at another record high at 6,864.

The RBA has toned down the expectations of unconventional monetary policies in the near term but failed to rule out further rate cuts.

Follow us and keep up to date with the latest market new and analysis.

Disclaimer: Articles and videos from GO Markets analysts are based on their independent analysis. Views expressed are of their own and of a ‘general’ nature. Advice (if any) are not based on the reader’s personal objectives, financial situation or needs.  Readers should, therefore, consider how appropriate the advice (if any) is to their objectives, financial situation and needs, before acting on the advice. See our introduction to forex for more information, including forex trading for beginners here.