August – A Challenging Month for Markets

August – A Challenging Month for Markets

A wave of volatility swamped the markets in August. Recession fears, yield curve inversion, and the big breach of the Yuan were the dominant headlines that alarmed investors throughout the month. Bearing the brunt of the tit-for-tat tariff hikes, the stock market saw multiple days of 1% swings with a couple of sharp pullbacks above 2%. Money was flowing into safe-havens- and Gold rose above the $1,500 mark for the first time in six years. 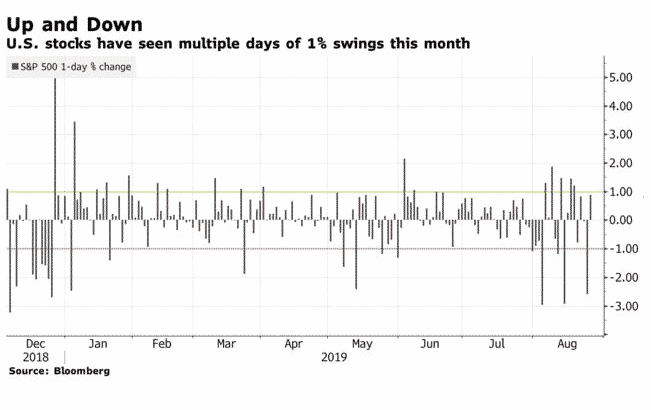 Probably, the most closely watched indicator of an impending recession is the Yield Curve. Over the course of the month, the warning signals from the bond market has revived fears of a recession. When an investor starts demanding a higher yield for short-term Treasuries, it generally means that the investor thinks it is riskier to hold such assets over the short-term.

The inversion of the yield curve is therefore hard to ignore as it has a particular track record for preceding downturns.

Earlier this month, the 2-Yr US government bonds dropped below the 10-Yr yields for the first time since the financial crisis while the 30-yr Treasury yield fell to a record low. The inversion of the yield curve has deepened over the past few days. 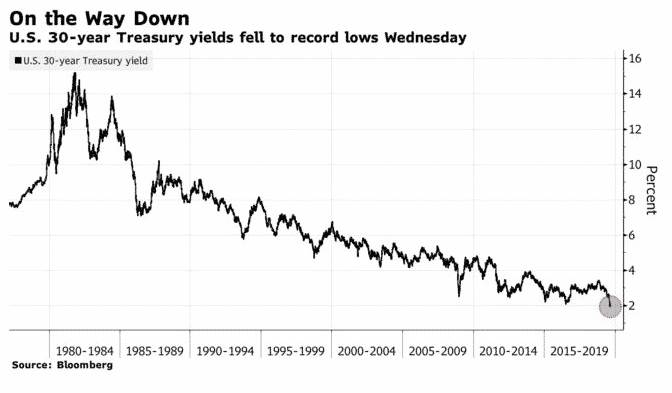 It was another episode of tit-for-tat tariffs between the US and China. President Trump surprised the markets with a new round of tariffs at the beginning of the month. China retaliated after three weeks.

The global economy remains locked in a trade war between the world’s two largest economies with no sign of a concession any time soon. 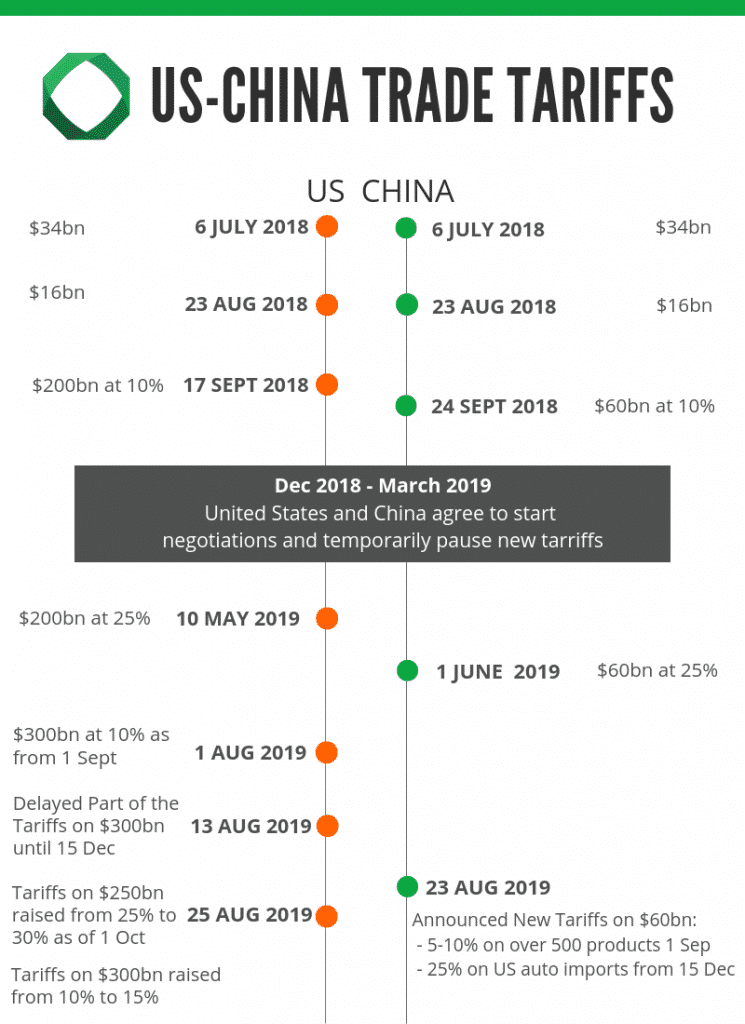 The Big Breach of the psychological level of 7 happened after President Trump announced the new round of tariffs, which prompted panic in the markets. China was even labelled as a “currency manipulator”, and tensions between the two countries have worsened. The Yuan hit an 11-year low this week, and markets participants are left wondering how much further China would allow its currency to weaken.

A currency war could be another ballgame for global markets. Headwinds are piling up, providing little respite for investors. 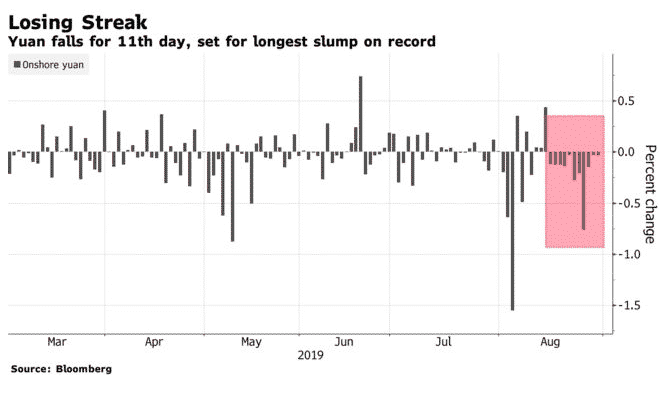 New Prime Minister, Boris Johnson, is seeking to close Parliament next month and prompted a backlash from MPs and opponents of a no-deal Brexit. By announcing the proroguing of Parliament to limit the amount of time MPs would have to prevent a no-deal Brexit from happening, the PM sparked an undemocratic outrage.

We expect the weakness in the British Pound to build as the month winds down in anticipation of the Queen’s final decision to accept or deny the request. 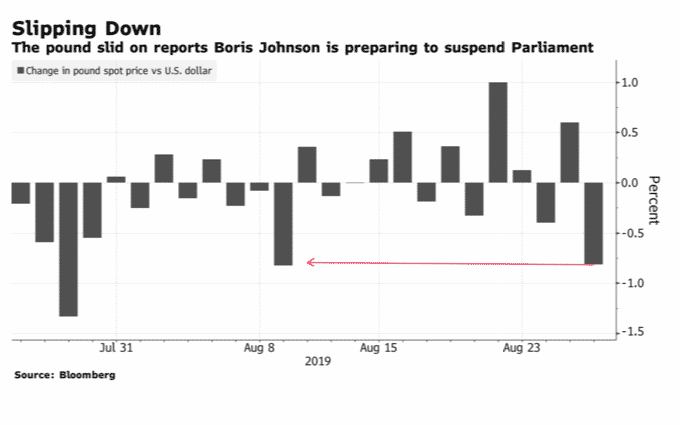 September will start with New Tariffs

The U.S. Trade Representative’s office said in an official notice that collections of a 15% tariff will begin at 12:01 a.m. EDT (0401 GMT) Sunday on a portion of the list covering over $125 billion of targeted goods from China.

Unless there is a last-minute turnaround!