Record-Highs in the Stock Market

Record-Highs in the Stock Market

Amid geopolitical tensions, mixed earnings report and less-dovish central banks, this week, we still saw some more record highs in the stock market.

Nasdaq Composite closed at a record high at 8,321.50 on Wednesday as technology stocks rallied on strong earnings, trade optimism, and a US budget deal at the beginning of the week.

However, the momentum slowed down towards the end of the week with mixed earnings and less-dovish central banks. S&P500 widely regarded as the best single gauge of large-cap US stocks dropped by 0.50% while Nasdaq Composite finished 1% lower on Thursday. 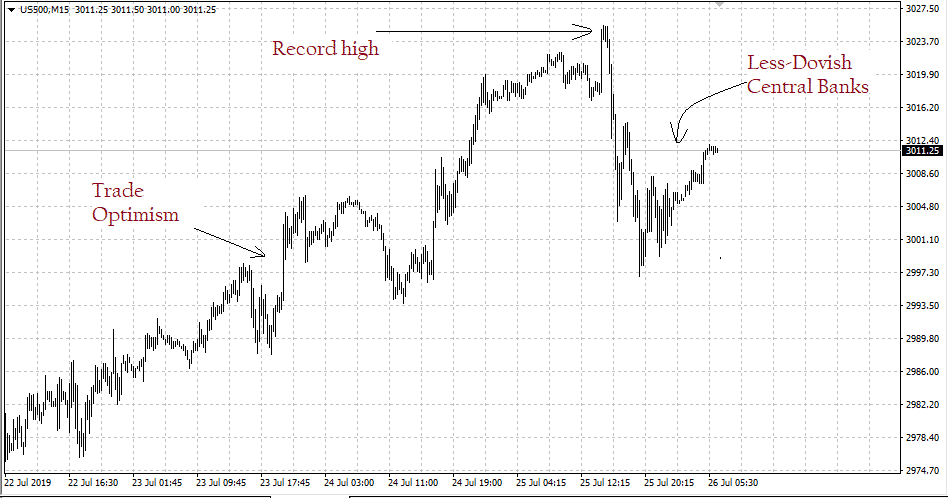 In the Australian share market, the All Ordinaries index, the oldest share index, which is made up of 500 largest companies listed on the ASX, reached an all-time at 6,901.90 on Thursday. 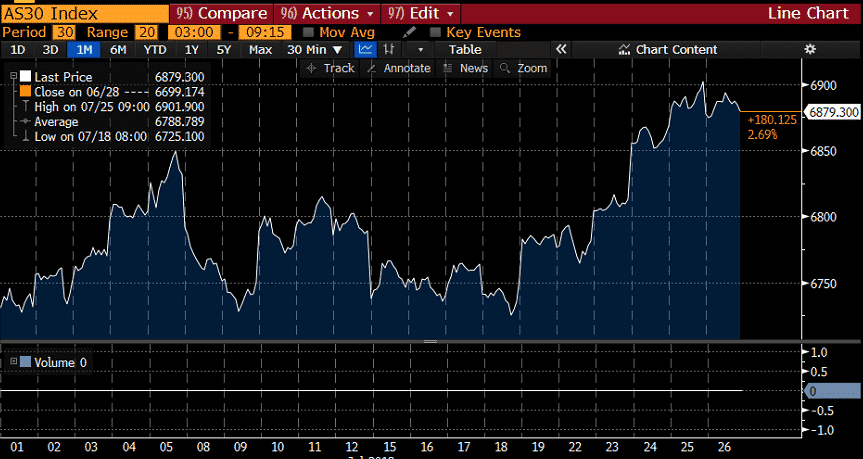 The S&P/ASX200 was just 10 points away from its best close ever. Unlike the ECB, the RBA Governor Lowe was more dovish during his speech stating that “if demand is not sufficient, the Board is prepared to provide additional support by easing monetary policy further.”

As the week progressed, earnings went from being strong to mixed. Attention was mostly on the major companies from the FAANG Group.

Amazon reported its quarterly updates after the closing bell, and shares of Amazon slipped by 2.5% in the after-hours trading. The company saw earnings of $2.6bn, and revenue was $63.4bn, which is up from the $52.9 billion a year ago. However, the figures came below estimates, and it is the first time Amazon reported income below analysts’ consensus.

The main highlight for Amazon was Prime Day, which was the largest shopping event in Amazon history. The weaker-than-expected profit is mostly due to the investment in expediting deliveries to Prime customers, which the company previously announced. The actual cost of speeding shipping was higher than anticipated, and it will be one of the key metrics investors will be monitoring for the next quarter. 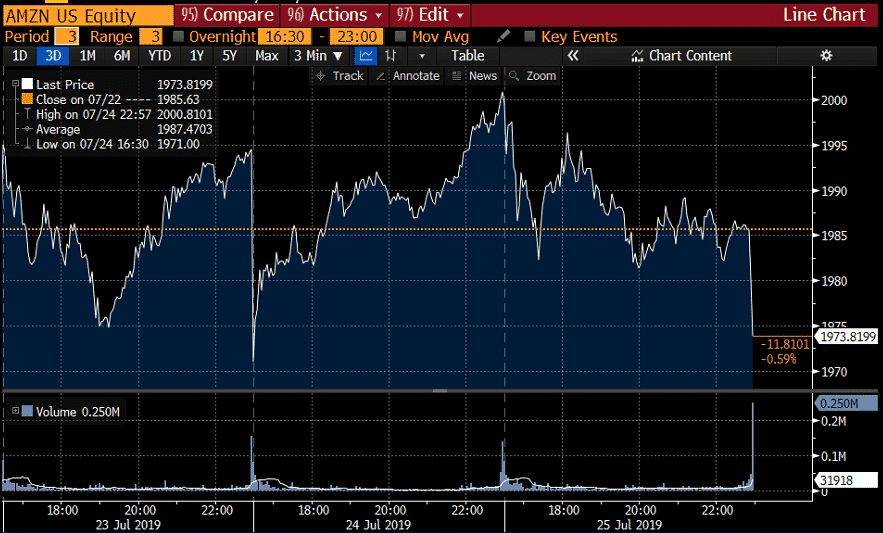 Google’s parent company, Alphabet, reported higher than expected revenue at a time where the tech giant is facing increasing scrutiny from the US regulators. The second-quarter revenue is $38.9 bn, which is a rise of 19% compared to 2018 Q2. Its share price rose more than 7% in the after-hours trading. 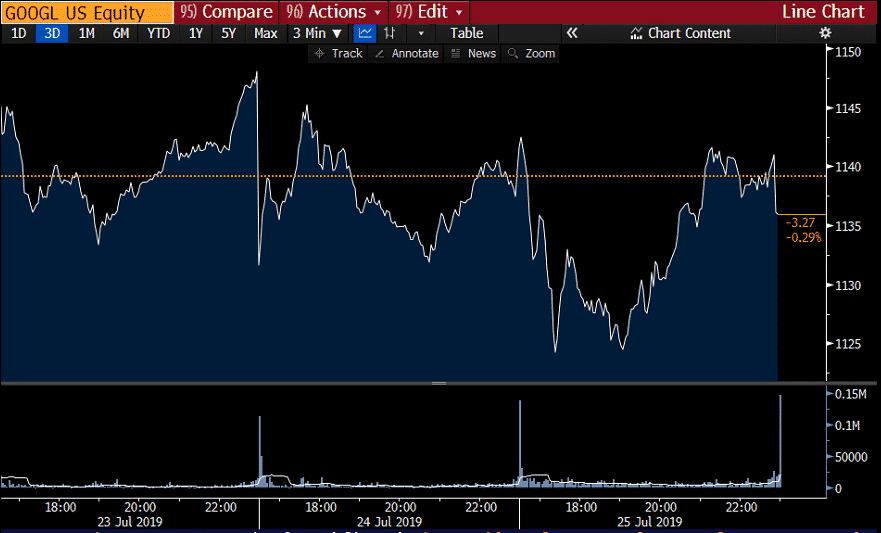 “We had a strong quarter and our business and community continue to grow,” said Mark Zuckerberg, Facebook founder and CEO. “We are investing in building stronger privacy protections for everyone and on delivering new experiences for the people who use our services.”

We also note that Facebook struck a $5 billion settlement with the FTC following the 2018 Cambridge Analytica scandal.

Shares were on the downside despite upbeat results as the CFO expects “more pronounced deceleration in the fourth quarter and into 2020, partially driven by ad-targeting related headwinds and uncertainties”. 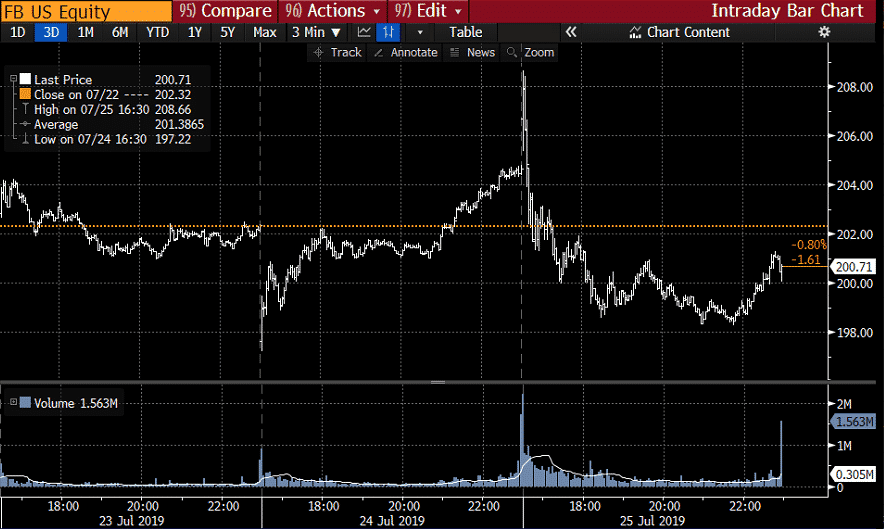