The “Dovish” or “Hawkish” Rate Cut

A “Dovish” or “Hawkish” Rate Cut

The Federal Reserve (Fed) is poised for its first-rate cut in a decade-long of economic expansion. Trade protectionism and a slowing world economy are the two primary factors behind the global push towards easing policies.

As the world’s central banks are in a race to cut interest rate to stimulate their economies, the focus will be on the Fed this week which is likely going to engage in its first-rate reversal since the financial crisis. 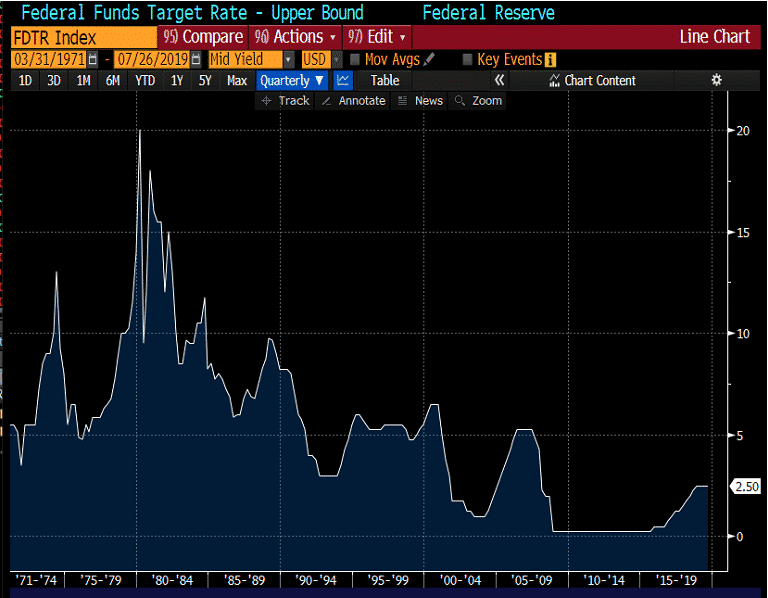 It should be highlighted that the US interest rate is still in the low levels despite years of economic growth. It is around half levels it was before the financial crisis. If the Fed starts a rate cut cycle, the central bank will have limited room to lift its economy, in case of future downturns.

The US economy remains strong, and a look at the recent economic figures may not by its own justify an interest rate cut. However, the Fed is mostly concerned about the slowing world growth, the effects of the ongoing trade war and subdued inflation.

The labour market has remained the bright spot of the US economy. Total nonfarm payroll employment increased by 224k in June and it is forecasted to come around 170k for July. In the latest report, the most prominent jobs gains were in the professional and business services, health care, transportation and warehousing. 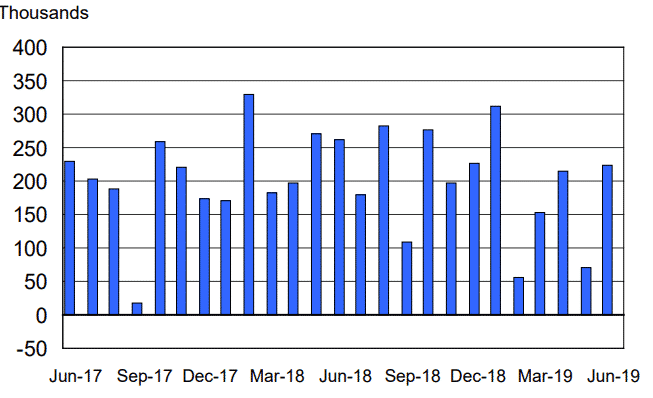 The unemployment rate in the US is near a 50-year low. Wages have also risen in the past few days. Growth in consumer spending has also bounced back in the second quarter. Despite a low unemployment and strong overall growth, inflation pressure remains muted which is the source of worry for the central bank.

Gross Domestic Product increased at an annual rate of 3.1% in June. Last Friday, the annual preliminary GDP figure was significantly lower at 2.1% from 3.1% in the first quarter. However, it came above expectations as markets forecasted a drop to 1.8%.

Business Investment growth and the manufacturing sector have slowed notably, and the weak growth is mostly due to trade tensions and the rising threats of trade protectionism. The housing sector is also showing some signs of distress.

All in all, the Fed does not see the economy in distress and will likely cut interest rate as a preventative measure.

Market participants are pricing nearly 80% probability of a 25bps and above 20% probability of a 50bps rate cut.  There were mixed messages on the dovishness of FOMC members which did not fully convince the markets that the Fed will engage in an aggressive rate cut cycle in the coming months.

If the Fed slashes interest rate this week, it will likely be a quarter-point precautionary cut.

If the Fed is cutting interest rate for preemptive reasons in the face of a slowing economy and trade tensions, a 50 basis point might signal that the US economy is in distress which does not seem to be the aim of the Fed. Also, a 50 bps might signal that the Fed made a policy mistake in December in hiking rate.

The rate cut should have pleased President Trump, but President Trump renews attack on the Fed and is already telling the Federal Reserve that the quarter-point cut will not be enough. 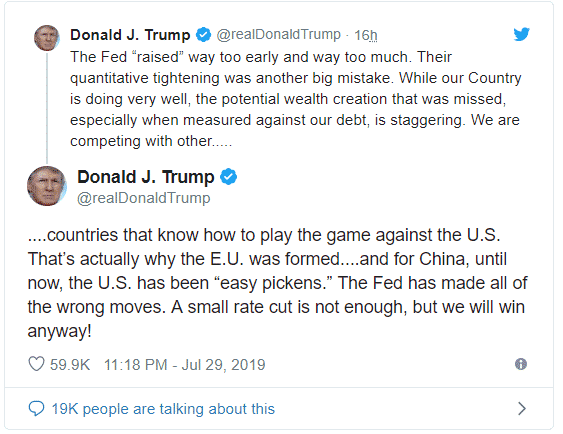 To some extent, the rate cut has already been priced-in at least one rate cut as we have seen some record highs in the stock markets based on the return to the lower rate world. 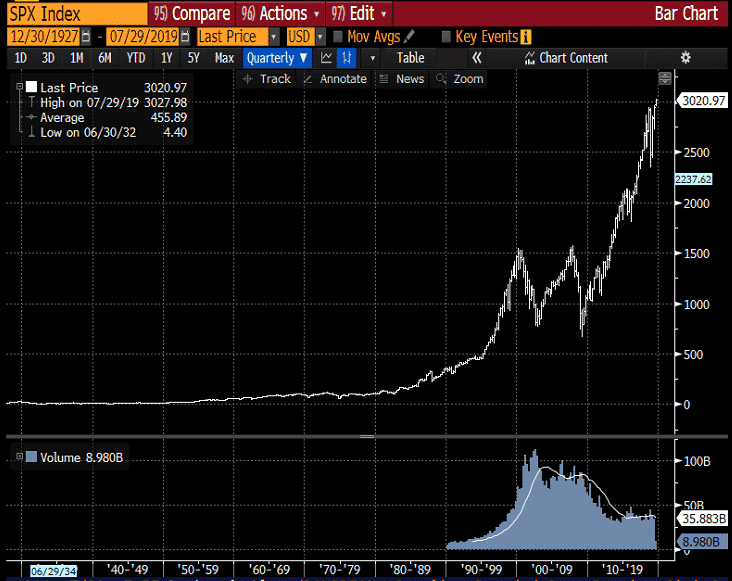 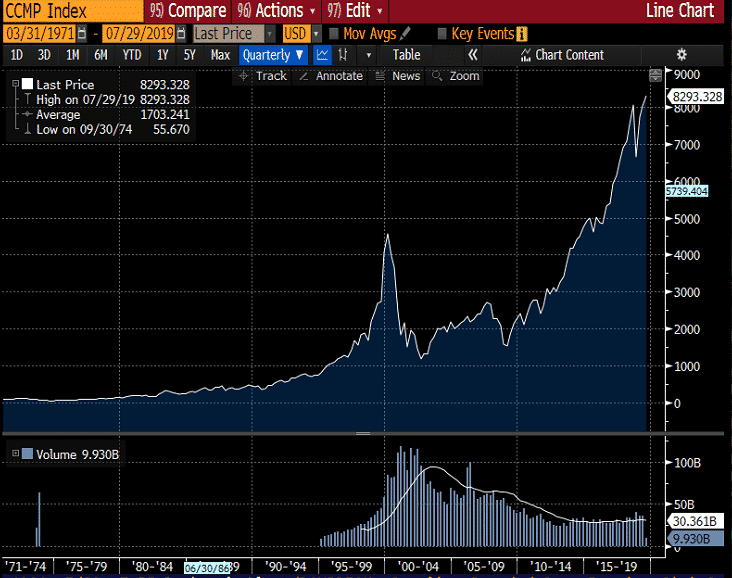 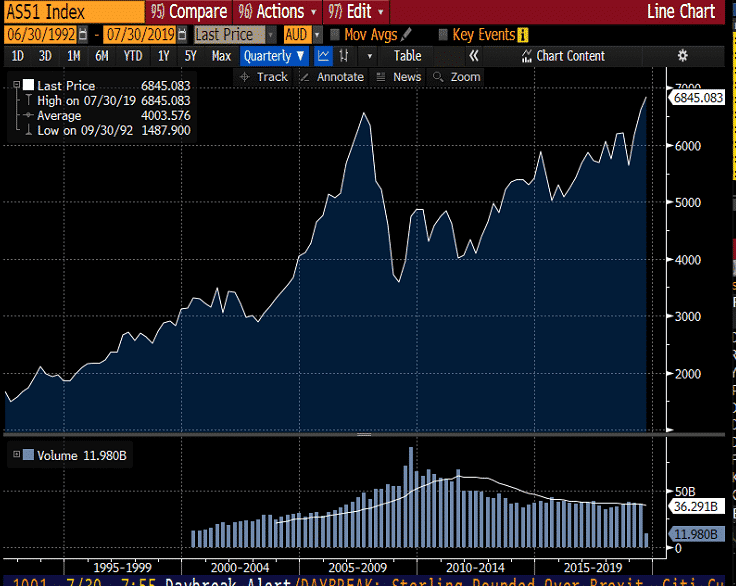 The stock markets are being buoyed mostly by monetary easing policies. However, the fears of a fragile global trade system and volatile political climate are forcing investors to stay cautious.

Yesterday’s tweets from the US President reiterates that actions in the global stock markets are a Tweet Away!

Many dubbed this week as one of the “busiest weeks of the year” because trade negotiations have resumed this week, and the markets are waiting to see if the Fed will lead the global push to lower rates.