The 2019 EU Parliament election is one of the most important ones for the bloc amid the rise of nationalism and populist parties. Brexit is also the constant reminder that leaving the EU would not be easy and the election is, therefore, providing some fresh insights on the balloting across the 28 European Union countries. The exit polls of some major countries brought some unexpected forecasts.

According to Germany’s state broadcaster ZDF, a third of young Germans voted for the Greens. Compared to the 2014 election, the Greens are projected to receive double the votes in 2019 election, while support for the governing parties- CDU and SPD dropped significantly. 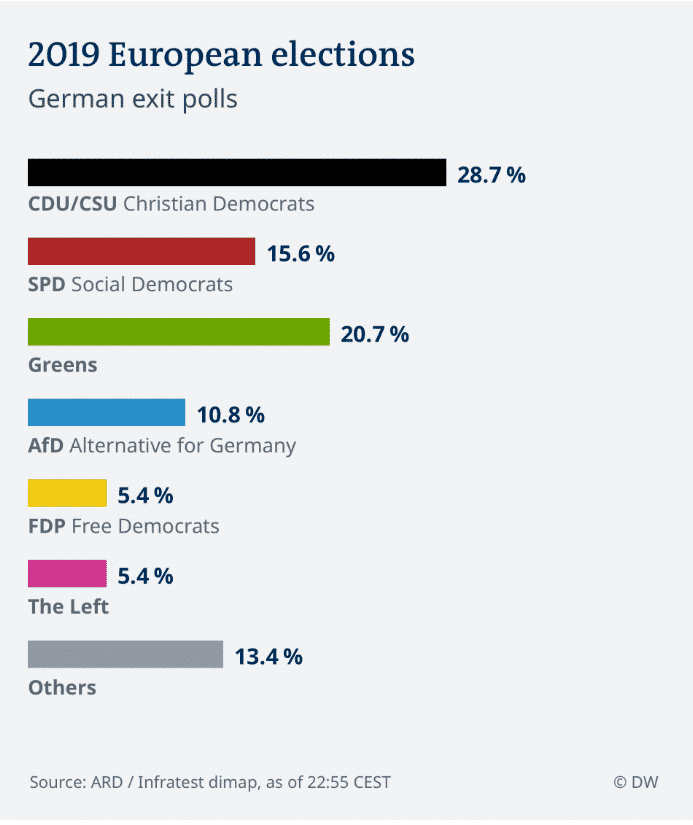 The two main parties- Conservative and the Labour Party is facing a crushing defeat in the EU elections. The Brexit Party, which has recently been formed and Liberals Democrats are making gains. Amid the Brexit chaos, it is clear that voters want a clean outcome: Either “Leave” or “Stay” in the European Union. 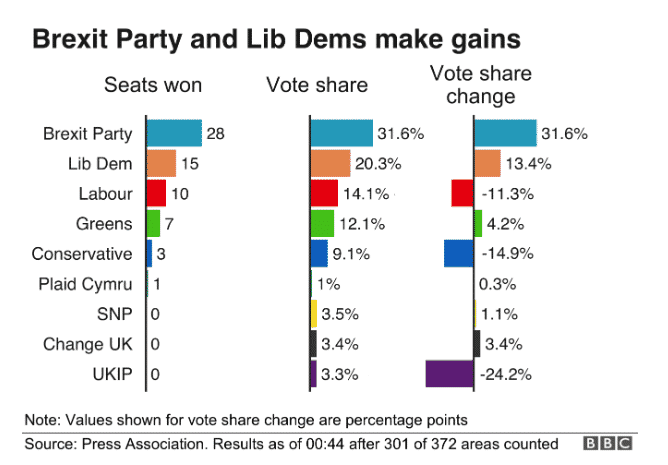 According to exit polls, France populist party led by Marine Le Pen outperformed its rival, President Macron to come first in the European elections. This signals the shift from pro-European to the far-right. The rise of the Greens also shows that the French people are concerned about the environment. 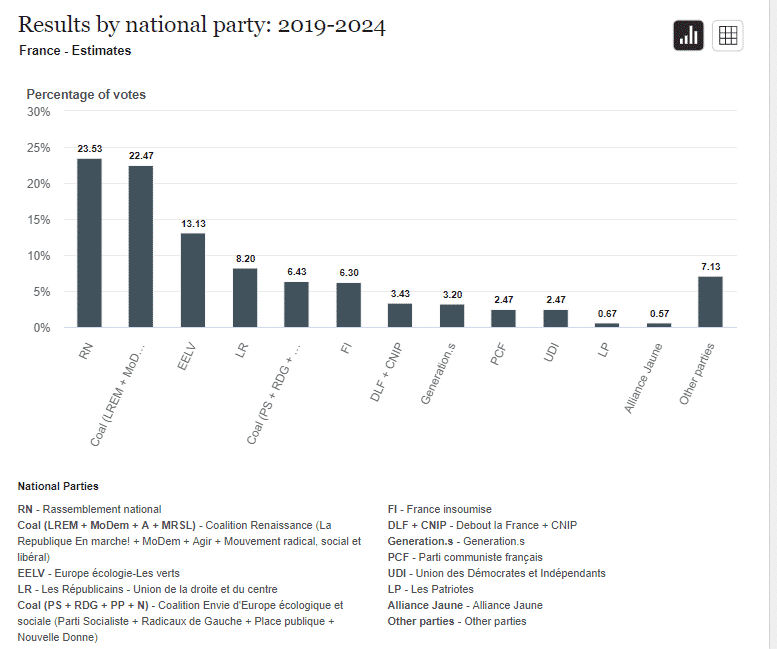 Compared to 6.15%, the provisional results show that the LN Party could gain 33.64%. The projections carry a more powerful message for domestic politics in Italy. The M5S Party which secured over 32% in the general election in 2018 has been overshadowed by the rising popularity of the League which gathered only around 17% last year.

The League’s stellar rise since forming a government shows that Italians are moving to the far-right.

Despite the rise of Euro-sceptic parties, the pro-European parties are leading, while the parties threatening the future of the bloc are not performing well enough to gain a majority. The Greens are also more popular as people are concerned with the environment and brought climate change to the ballots.

However, unlike the 2014 election, the two main parties – European People Party (EPP) and Social Democrats (S&D) had secured lesser seats, and appear unable to form majority together. The new centrist-liberal coalition, Alliance of Liberals and Democrats for Europe/ Renaissance led by President Emmanuel Macron, is projected to take 102 seats and secure the third place.

Pro- EU parties might eventually control a substantial majority, but the balance of power in Parliament will be deeply fragmented, and the “new balance of power” within the EU will be a difficult task.